Michelle Gielan promotes positivity on Live! with Kelly and Michael

BenBella author Michelle Gielan continues to broadcast happiness! The CBS anchor turned positive psychology researcher made her debut on Live! with Kelly and Michael on Tuesday (watch her segment here), where she offered tips on small positive habits that, when 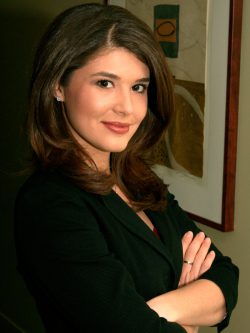 incorporated mindfully and consistently, can dramatically improve our overall happiness. The belief that people have control of their own happiness is becoming more widely accepted than ever, but many remain intimidated by the prospect, fearing that a true increase in happiness would require a massive, exhausting overhaul of one’s entire life. What Michelle expertly relates in this segment, however, is that the smallest habits can make all the difference to our psychological health. (For example, in her research with Arianna Huffington, she found that exposure to just three minutes of negative news can make you 27 percent more likely to have a bad day, so starting your day with something more positive—a small gesture, ultimately—can have an enormous positive effect.)

Michelle is more than qualified to speak on the power of positivity. She is the founder of the Institute for Applied Positive Research, is an executive producer of “The Happiness Advantage” on PBS, and is a featured professor of Oprah’s Happiness Course. She is also the author of the acclaimed Broadcasting Happiness, and has been featured in Parade, Harvard Business Review, Publishers Weekly, and more.

It’s exciting to see Michelle spread an important, uplifting message to such critical acclaim. BenBella is proud to have published Broadcasting Happiness and looks forward to more positivity ahead with Michelle and her book!