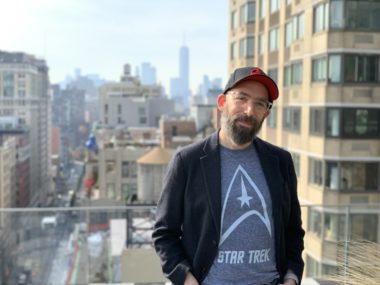 BenBella has hired Robb Pearlman as Editor-in-Chief of its pop-culture imprint, Smart Pop Books.
Robb joins BenBella from Rizzoli, where he was an Associate Publisher.
Over his career, Robb has led the revitalization of publishing and merchandising programs for classic characters including Nancy Drew and The Hardy Boys, managed book-to-film rights for front and backlist titles, and conceived of and acquired internationally bestselling works based on licensed properties including Star Trek, Bob’s Burgers, Bob Ross and more, from Fox/Disney, Sony, CBSViacom/Paramount, NBCUniversal, WarnerMedia, and many others. He is the author of over 30 books, a frequent guest speaker at pop culture conventions and events, and has been featured as a pop culture expert online, on air, on podcasts, and in print.
Robb will be acquiring broadly in the pop culture space.