Thrilled to see a BenBella title–Michael Fossel’s The Telomerase Revolution–featured by The Wall Street Journal as one of the five Best Books for Science Lovers in 2015! 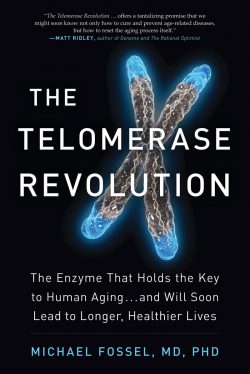 se Revolution, published in October of this year, uses revolutionary new anti-aging research to support its thesis–that we are closer to preventing and reversing the process of aging than ever before. Fossel, the foremost expert in aging research, explains that aging is universally caused by the shortening of a cell’s telomeres, or tips of its chromosomes. Some cells (sex cells and stem cells, for example) combat this shortening by producing an enzyme called telomerase. Fossel argues that telomerase has the potential to be used as a therapeutic tool, capable of extending human life spans and even reversing the aging process altogether.

BenBella is proud to have published The Telomerase Revolution, groundbreaking in its research and hugely important in its global health implications, and I am delighted to see it get this well-deserved acclaim!