How to Help an Author Mobilize Their Fan Base: A Case Study with Family Don’t End with Blood

Marketing a book is a multifaceted process that encompasses everything from traditional media pitching and brand partnerships to Facebook ads and speaking engagements. In our new “Smart Marketing” series, the BenBella Marketing Department will share insights into hot topics in marketing and publicity and practical strategies authors can put into practice.

If you’re an author with a strong fan base for your book or a marketer helping such an author, congratulations: you’re in a fun position. It’s great to know there’s an audience of specific readers for your book. However, just because you know there’s a group of people out there that will love the book, it’s likely that they don’t know it yet themselves—and that’s where the marketing strategy comes in.

Last year we published a book edited by Lynn Zubernis called Family Don’t End with Blood: Cast and Fans on How Supernatural Has Changed Lives. We’ll share a look at some of the strategies we used in our marketing campaign to help Lynn reach the book’s audience.

To get the book to an audience, first you have to know who that audience is. If we had spent time targeting, say, pop culture fans generally, or people who watch a lot of TV, these audiences would likely contain some of the folks we wanted to get to, but we probably would have wasted a lot of time getting the book in front of people who wouldn’t be interested. Our audience in this case was, as the title indicates, fans of the TV show Supernatural.

Research Where Your Audience “Lives” 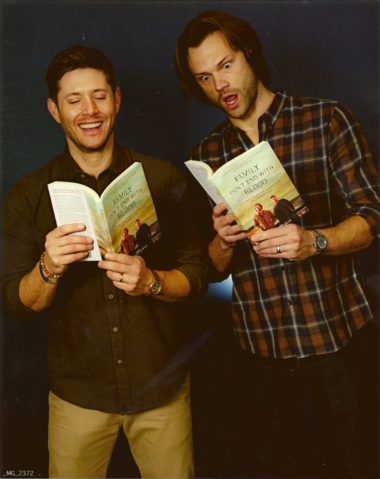 As Lynn is so tied into the Supernatural community, we worked with her to identify the places we’d find fans, including:

Our Tactics for Reaching Supernatural Fans

This is where the creative fun happens. We wanted to support Lynn with tactics and materials that would be appealing and eye-catching to Supernatural fans, encouraging them to both purchase a copy of the book and also to share their discovery within their own smaller communities. Here are some of the strategies we implemented. 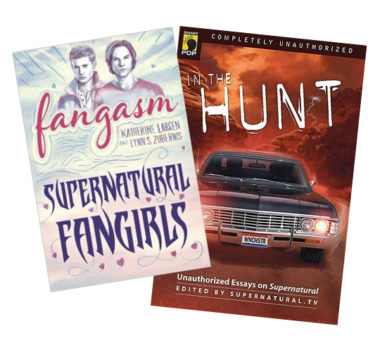 Strong pre-order demand can be tremendously helpful in successfully launching a book, so this strategy was a top priority. We started by determining what we could do to incentivize people to buy the book early, and we did that by offering some goodies:

We created a Squarespace landing page to house all of the information and graphics for Lynn and book contributors to share on social media. Just four months after launching the campaign, we received more than 400 pre-orders from these efforts alone!

To help Lynn best reach fans at conventions she was traveling to, we created the following:

This is only a selection of tactics we took to try and reach Supernatural fans. When you run your own campaign, obviously you’ll need to tailor your activities to your book and audience, but we hope this provides a helpful jumping off point for your own successful campaign!