James Lowder, veteran editor and author in the horror genre and comics field, collects some of the biggest names in the zombie genre, along with other top horror and comics writers, to discuss the series on both page and screen.

Find Triumph of The Walking Dead at other Vendors 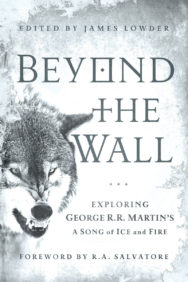