An exclusive, in-depth look at the Menendez case from a journalist who covered it from the beginning.

A successful entertainment executive making $2 million a year. His former beauty queen wife. Their two sons on the fast track to success. Until tragedy struck.

Married for twenty-six years, José and Kitty Menedez appeared to be a happy couple and proud parents. Twenty-one-year-old Lyle Menendez was enrolled at Princeton where he was a star on the tennis team. Eighteen-year-old Erik Menendez had just graduated from Beverly Hills High and was about to start college at UCLA. The Menendezes appeared to be living the American dream.

But it was all a façade.

The Menendez saga has captivated and fascinated people since 1989. The killing of José and Kitty Menendez on a quiet Sunday evening in Beverly Hills didn’t make the cover of People magazine until the arrest of their sons seven months after the murders, and the case developed an intense cult following. When the first Menendez trial began in July 1993, the public was convinced that Lyle and Erik—“the boys,” as they would become known—were a pair of greedy rich kids who had killed loving, devoted parents.

But the real story remained buried beneath years of dark secrets.

Until now. Journalist Robert Rand, who originally reported on the case for the Miami Herald, has followed the Menendez murders from the beginning and has continued investigating and interviewing important sources for twenty-seven years. With unprecedented access to the Menendez family and its history, including direct communication with Lyle, Rand has uncovered extraordinary details that certainly would have changed the fate of the brothers’ first-degree murder conviction and sentencing to life without parole.

In The Menendez Murders: The Shocking Inside Story of an American Tragedy, Rand shares these intimate, never-before-revealed findings for the first time, including a deeply disturbing history of child abuse and sexual molestation in the Menendez family going back generations, and the startling confession O.J. Simpson made to Lyle Menendez when they were both inmates at the LA county jail.

Find The Menendez Murders at other Vendors

Robert Rand is an Emmy award-winning journalist who works in TV, print and digital media. He began covering the Menendez brothers case for the Miami Herald the day after the killings, August 21, 1989. He was in court daily for both trials and provided analysis for Court TV, ABC, and CBS News.

In July 2016, Rand was hired by Wolf Films as a consultant working on the development of the NBC eight-hour limited series Law & Order True Crime: The Menendez Murders which aired in the fall of 2017. Rand’s unpublished manuscript for The Menendez Murders provided the primary source material for the series.

Rand has appeared as the primary interview in dozens of documentaries about the Menendez case including ABC 20/20’s Truth and Lies – The Menendez Brothers and Dateline NBC’s Unthinkable: The Menendez Murders which both aired in 2017.

Rand was awarded a Los Angeles Emmy Award for two years of stories at KCOP-TV in LA about an illegal immigrant who was wrongly convicted. The stories resulted in the overturning of a 10-year old conviction and the release of the man from jail. He was a member of the Special Assignment investigative reporting group at CBS 2 in LA and the I Team at KYW TV Philadelphia that won a Columbia-DuPont Silver Baton Award for a year-long series about wealthy property tax dodgers.

In March 1991, Playboy published  Rand’s article “The Killing of Jose Menendez.” The 14,000 word story was the longest article ever published by Playboy. Rand’s print work includes stories contributed to People, The Guardian, Stern, Grazia, and Tropic, the Sunday magazine of the Miami Herald. He covered the William Kennedy Smith rape trial for Paris Match. 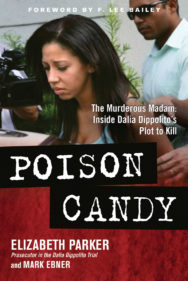 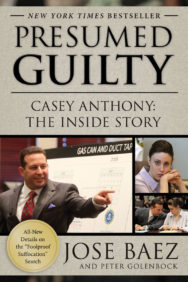