Robert Rand is an Emmy award-winning journalist who works in TV, print and digital media. He began covering the Menendez brothers case for the Miami Herald the day after the killings, August 21, 1989. He was in court daily for both trials and provided analysis for Court TV, ABC, and CBS News.

In July 2016, Rand was hired by Wolf Films as a consultant working on the development of the NBC eight-hour limited series Law & Order True Crime: The Menendez Murders which aired in the fall of 2017. Rand’s unpublished manuscript for The Menendez Murders provided the primary source material for the series.

Rand has appeared as the primary interview in dozens of documentaries about the Menendez case including ABC 20/20’s Truth and Lies – The Menendez Brothers and Dateline NBC’s Unthinkable: The Menendez Murders which both aired in 2017.

Rand was awarded a Los Angeles Emmy Award for two years of stories at KCOP-TV in LA about an illegal immigrant who was wrongly convicted. The stories resulted in the overturning of a 10-year old conviction and the release of the man from jail. He was a member of the Special Assignment investigative reporting group at CBS 2 in LA and the I Team at KYW TV Philadelphia that won a Columbia-DuPont Silver Baton Award for a year-long series about wealthy property tax dodgers.

In March 1991, Playboy published  Rand’s article “The Killing of Jose Menendez.” The 14,000 word story was the longest article ever published by Playboy. Rand’s print work includes stories contributed to People, The Guardian, Stern, Grazia, and Tropic, the Sunday magazine of the Miami Herald. He covered the William Kennedy Smith rape trial for Paris Match. 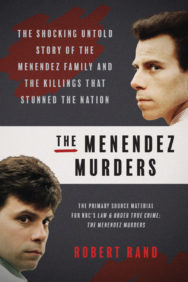