By Joe Satriani and Jake Brown

In Strange Beautiful Music: A Musical Memoir, Joe and co-author, music biographer Jake Brown, take fans on their first authorized tour of the story behind his climb to stardom and the creative odyssey involved in writing and recording of a storied catalog of classics including “Surfing with the Alien,” “Summer Song,” “Satch Boogie,” “Always With Me, Always With You,” “The Extremist,” “Flying in a Blue Dream,” “Crowd Chant,” and more!

“Joe has refined his own style of playing to a point where he’s forever up there in the stratosphere of excellence that is reached by very few musicians.”
—Brian May

“Every time Joe puts his fingers on a guitar, what comes out sounds like inspired music, even if it’s just a finger exercise. He created and branded a niche with his own voice and in so doing he wielded an entire genre.”
—Steve Vai

Go behind the scenes with the musician The New York Times called “a guitar God!”

Oft-hailed as the Jimi Hendrix of his generation, living guitar legend Joe Satriani has long-transcended stylistic boundaries with a sound that raises the bar like a new horizon for the broader genre of instrumental guitar rock. Joe’s 6-string secrets have astounded listeners around the world for nearly 30 years.

In Strange Beautiful Music: A Musical Memoir, Joe and co-author, music biographer Jake Brown, take fans on their first authorized tour of the story behind his climb to stardom and the creative odyssey involved in writing and recording of a storied catalog of classics including “Surfing with the Alien,” “Summer Song,” “Satch Boogie,” “Always With Me, Always With You,” “The Extremist,” “Flying in a Blue Dream,” “Crowd Chant,” and more!

Featuring previously unpublished photos and hours of exclusive, first-hand interviews with Satriani, Strange Beautiful Music offers a unique look inside the studio with Joe, giving fans a chance to get up-close and personal like never before. With insider details about his collaboration with multi-platinum supergroup Chickenfoot, exclusive interviews with Sammy Hagar and Michael Anthony of Van Halen and Chad Smith of the Red Hot Chili Peppers, first-hand commentary from fellow guitar legends such as Steve Vai, Metallica’s Kirk Hammett, Primus’s Larry LaLonde, and legendary music producers including Glynn Johns and the late Andy Johns, this memoir offers a rare inside look for die-hard Satriani fans, guitar enthusiasts, and anyone who loves to rock.

For three decades, Joe Satriani, the biggest selling rock instrumental guitarist in the Soundscan era, has traveled the world, playing to sold-out crowds as both a headliner and as founder of the all-star “G3” guitar extravaganza. His studio and live recordings have sold more than 10 million copies worldwide, and of his many solo albums, two have gone platinum and four others went gold, with 15 Grammy nominations between them. His side project, Chickenfoot, featuring former Van Halen front man Sammy Hagar, former bassist Michael Anthony, and Red Hot Chili Peppers’ drummer Chad Smith saw their debut album certified gold. In 1988, Mick Jagger invited Joe to perform as lead guitarist on his first solo tour, and in 1994 Joe toured with Deep Purple as their lead guitarist. Music sensation Nicki Minaj sampled the classic Satriani song, “Always With Me Always With You” in her song, “Right Through Me” from her 2010 multi-platinum debut album. In 2011, Satriani recreated his National Anthem performance in the film Moneyball. In May of 2013, Satriani celebrated the release of his 14th studio album, Unstoppable Momentum. 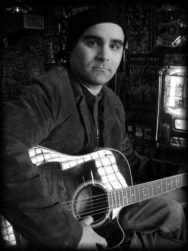 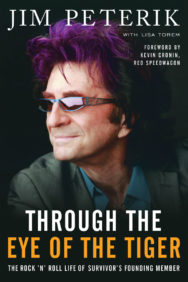 Through the Eye of the Tiger 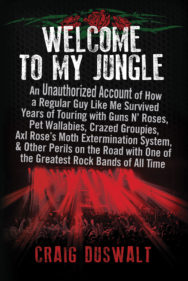 Welcome to My Jungle
SITE-WIDE SALE