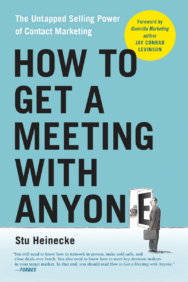 All Awards Press for How to Get a Meeting with Anyone

This title does not have any press yet.