With all the bitterness and drama of the race between Ford, Dodge, and General Motors, Tractor Wars is the untold story of industry stalwarts and disruptors, inventors, and administrators racing to invent modern agriculture—a power farming revolution that would usher in a whole new world.

Discover the untold story of the “tractor wars,” the twenty-year period that introduced power farming—the most fundamental change in world agriculture in hundreds of years.

Before John Deere, Ford, and International Harvester became icons of American business, they were competitors in a forgotten battle for the farm. From 1908-1928, against the backdrop of a world war and economic depression, these brands were engaged in a race to introduce the tractor and revolutionize farming.

By the turn of the twentieth century, four million people had left rural America and moved to cities, leaving the nation’s farms shorthanded for the work of plowing, planting, cultivating, harvesting, and threshing. That’s why the introduction of the tractor is an innovation story as essential as man’s landing on the moon or the advent of the internet—after all, with the tractor, a shrinking farm population could still feed a growing world. But getting the tractor from the boardroom to the drafting table, then from factory and the farm, was a technological and competitive battle that until now, has never been fully told.

A researcher, historian, and writer, Neil Dahlstrom has spent decades in the corporate archives at John Deere. In Tractor Wars, Dahlstrom offers an insider’s view of a story that entwines a myriad of brands and characters, stakes and plots: the Reverend Daniel Hartsough, a pastor turned tractor designer; Alexander Legge, the eventual president of International Harvester, a former cowboy who took on Henry Ford; William Butterworth and the oft-at-odds leadership team at John Deere that partnered with the enigmatic Ford but planned for his ultimate failure.

With all the bitterness and drama of the race between Ford, Dodge, and General Motors, Tractor Wars is the untold story of industry stalwarts and disruptors, inventors, and administrators racing to invent modern agriculture—a power farming revolution that would usher in a whole new world.

Find Tractor Wars at other Vendors 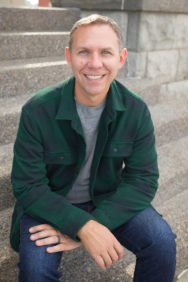 Neil Dahlstrom is the author of The John Deere Story: A Biography of Plowmakers John and Charles Deere (Northern Illinois University Press, 2005), and Lincoln’s Wrath: Fierce Mobs, Brilliant Scoundrels, and a President’s Mission to Destroy the Press (Sourcebooks, 2005). Since the release of these two books, he’s built a career in corporate archives, agricultural and brand history. Today, Neil is the Manager of Archives and History at John Deere, the most well-known agriculture equipment brand in the world.

Recently, Neil has held a variety of leadership positions in archival organizations, with colleagues in some of the most prestigious archives and museums. Currently, he’s a member of the Kitchen Cabinet, the Food and Agriculture Advisory Board of The Smithsonian National Museum of American History, and chair of the Society of American Archivists Business Archives Section, which includes more than five hundred corporate archivists. 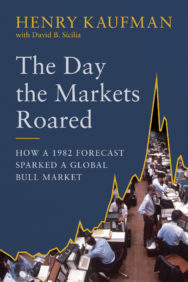