There’ll Be Peace When You Are Done

A follow up to Family Don’t End with Blood (2017) from the same editor, this collection of essays celebrates the lasting impact of Supernatural as it comes to an end.

“There’ll Be Peace When You Are Done poignantly and poetically captures the bigger legacy of Supernatural. For 40-odd minutes a week, it was about hunting, but, as this volume of unabashedly honest and open essays proves, for 24/7, 365 it has been about saving people.”
—Danielle Turchiano, senior features editor at Variety
“In this moving, thoughtful, and beautifully curated collection, Lynn Zubernis has perfectly captured being a part of such a wild—and inimitable—ride. The Winchesters’ greatest accomplishment (outside of saving the world a few times) is definitely the #SPNFamily, and the beating heart of the fandom and the good works it has inspired live in the pages of There’ll Be Peace When You Are Done. I can’t think of a better tribute or testament to a show that has meant so much to so many than this wonderful book.”
—Courtney Summers, New York Times bestselling author of Sadie

Fifteen years. Two brothers. Angels and demons. A story like no other. And one of the most passionate fan bases of all time.

There’ll Be Peace When You Are Done: Actors and Fans Celebrate the Legacy of Supernatural is an emotional look back at the beloved television show Supernatural as it wraps up its final season after fifteen unprecedented years on air.

With heartfelt chapters written by both the series’ actors and its fans—plus full-color photos and fan illustrations—There’ll Be Peace When You Are Done traces Supernatural’s evolution, the memorable characters created by its writers and brought to life by its talented actors, and the many ways in which the show has inspired and changed the lives of both its viewers and cast.

Both a celebration of Supernatural and a way of remembering what made it so special, this book is a permanent reminder of the legacy the show leaves behind and a reminder to the SPN Family to, like the series’ unofficial theme song says, “carry on.”

Edited by Lynn S. Zubernis, a clinical psychologist, professor, and passionate Supernatural fangirl, There’ll Be Peace When You Are Done is the ultimate send-off for this iconic show that has touched and changed the lives of so many fans across all walks of life.

***
“An absolute ‘must’ for the personal reading lists of the legions of dedicated Supernatural fans.” — Midwest Book Review

“Part wake, part therapy session and all heart, “There’ll Be Peace When You Are Done” is also a moving tribute to the power of fandom by the stars and the fans who have been changed by it.” — San Diego Union Tribune

“There’ll Be Peace When You Are Done acts as a final summary of the show for fans, a series that is ending far too soon despite its longevity. It is beautiful, accessible, and – simply stated – a must read for any fan. At the end of a fifteen-year run, what started out as just another television show became so much more to so many. There appears to be no viewer from any part of society who hasn’t been touched, moved, and reborn because of Supernatural, and this collection reinforces how important the show was, is, and will continue to be.” — Fanbase Press

Find There'll Be Peace When You Are Done at other Vendors 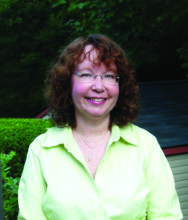 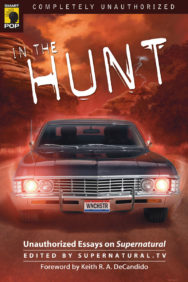 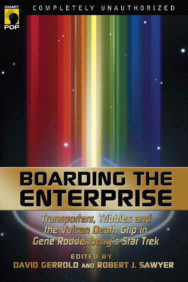