A follow-up to the successful T5 Wellness Plan, Dr. William Sears returns with The Healthy Brain Book, providing a proven plan for managing anxiety, depression, and ADHD, and preventing and reversing dementia and Alzheimer’s… with or without medication.

The brain is a complex organ, responsible for our thoughts, our feelings, our hopes and dreams. It’s also vulnerable to a host of ailments that negatively impact quality of life, from disorders such as depression, anxiety, and ADHD that can strike at any time to illnesses of aging like Alzheimer’s and dementia.

The good news is, this diverse set of mental and emotional challenges all stem from the same cause: imbalance in the brain. And getting your brain back in balance—without medication, or in partnership with it—is easier than you think.

Whether you’re experiencing “normal” mental and emotional burnout or wrestling with diagnosed illness, The Healthy Brain Book can help you thrive. It explains:

For more than 20 years, The Baby Book author William Sears’ advice has been trusted by millions across the country, and around the world. Now, he and The Anti-Alzheimer’s Prescription author Vincent M. Fortanasce have put together the essential guide to a clearer, calmer, and happier brain. Laced with relatable personal stories from family members and patients as well as detailed illustrations, The Healthy Brain Book weds Fortanasce’s deep neurological and psychiatric expertise with Sears’ sympathetic bedside manner and reader-friendly writing.

Let The Healthy Brain Book help you, safely and effectively, “think-change” your brain for a happier and healthier life.

Find The Healthy Brain Book at other Vendors 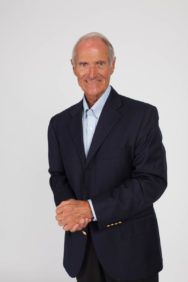 Dr. William Sears, or Dr. Bill as his “little patients” call him, has been advising busy parents on how to raise healthier families for over 40 years. He received his medical training at Harvard Medical School’s Children’s Hospital in Boston and The Hospital for Sick Children in Toronto, the world’s largest children’s hospital, where he was associate ward chief of the newborn intensive care unit before serving as the chief of pediatrics at Toronto Western Hospital, a teaching hospital of the University of Toronto. He has served as a professor of pediatrics at the University of Toronto, University of South Carolina, University of Southern California School of Medicine, and University of California: Irvine.

As a father of 8 children, he coached Little League sports for 20 years, and together with his wife Martha has written more than 40 best-selling books and countless articles on nutrition, parenting, and healthy aging. He serves as a health consultant for magazines, TV, radio and other media, and his AskDrSears.com website is one of the most popular health and parenting sites. Dr. Sears has appeared on over 100 television programs, including 20/20, Good Morning America, Oprah, Today, The View, and Dr. Phil, and was featured on the cover of TIME Magazine in May 2012. He is noted for his science-made-simple-and-fun approach to family health.

Vincent M. Fortanasce, MD, is ranked as one of the best medical specialists in North America and has treated such high-profile individuals as Pope John Paul II and Major League Baseball Hall of Famer Tommy Lasorda. Over nearly four decades, Dr. Fortanasce has helped thousands of people as a world-renowned neurologist and rehabilitation specialist. He has appeared as a medical expert on 60 Minutes, Today, Dr. Phil, Dateline, CNN’s Paula Zahn Now, Hard Ball with Chris Mathews, XM satellite radio, and many more national and local television and radio shows. Fortanasce is a regular spokesperson for the California Medical Association at the senate and legislature assemblies and has been quoted in the New York Times, Sports Illustrated, USA Today, U.S. News & World Report, Time magazine, and many other prestigious publications. He also hosts his own syndicated radio program, St. Joseph’s Radio Presents. 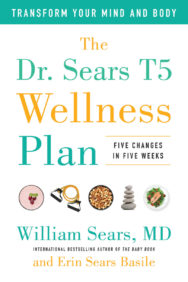 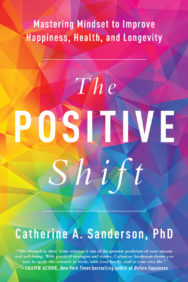 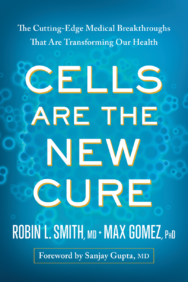