Vincent M. Fortanasce, MD, is ranked as one of the best medical specialists in North America and has treated such high-profile individuals as Pope John Paul II and Major League Baseball Hall of Famer Tommy Lasorda. Over nearly four decades, Dr. Fortanasce has helped thousands of people as a world-renowned neurologist and rehabilitation specialist. He has appeared as a medical expert on 60 Minutes, Today, Dr. Phil, Dateline, CNN’s Paula Zahn Now, Hard Ball with Chris Mathews, XM satellite radio, and many more national and local television and radio shows. Fortanasce is a regular spokesperson for the California Medical Association at the senate and legislature assemblies and has been quoted in the New York Times, Sports Illustrated, USA Today, U.S. News & World Report, Time magazine, and many other prestigious publications. He also hosts his own syndicated radio program, St. Joseph’s Radio Presents. 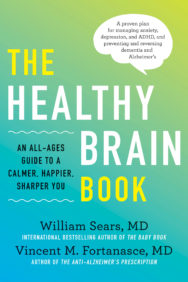