…to have the long-lived success of Mick Jagger?

…to demonstrate the creativity of The Beatles?

We don’t normally think of the music business as a source of entrepreneurial insight, but we should. The best bands have longevity, a depth of customer loyalty, and a level of profitability that puts most businesses to shame. And what they know—about marketing, partnerships, the power of bartering, and overcoming obstacles—isn’t taught in any business school.

David Fishof has lived at the center of the music business for more than 25 years. From his early successes in reuniting The Monkees and convincing Ringo Starr to launch his All Starr tour, to his current megasuccess as founder and CEO of Rock ‘n’ Roll Fantasy Camp™, Fishof has learned from the leading minds in the music business—and has applied this learning in one entrepreneurial venture after another. Filled with insights from Fishof’s amazing exploits in the music industry and seasoned with business tips from music legends, Rock Your Business provides important and original business insights from an unlikely source—the world of rock and roll.

Find Rock Your Business at other Vendors 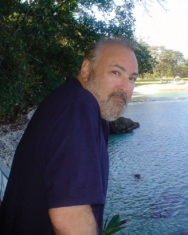 David Fishof has earned a reputation as one of the most creative and innovative entertainment producers in the world. He has produced worldwide tours for some of music’s biggest performers. After years of producing rock tours, Fishof got the idea for the one-of-a-kind Rock ‘n’ Roll Fantasy Camp™. Since 1997, music fans have seen their rock dreams become reality by learning from and jamming with some of the most influential artists in the industry.

Fishof is the author of Putting It on The Line (William Morrow), the bestselling book on sports and entertainment.