A math and business prodigy who started working for his father at the age of 12, Francis J. Greenburger has mastered the “risk game.” Now, with Rebecca Paley’s gripping prose, he takes us behind the scenes in Risk Game and reveals firsthand how he has become a self-made force in the competitive world of New York real estate—and a champion for nonprofit organizations in the fields of art, education, and, most recently, social and criminal justice.

Prior to the real-estate boom of the 1980s, Francis J. Greenburger risked it all to buy three older loft buildings at 50 West Street near the current 9/11 Memorial. He ultimately dreamed of one day erecting a magnificent skyscraper in their place. But disaster struck in 2008, just as his plans were coming together, and development came to a screeching halt. The global financial crisis had made the land practically worthless and it would be years before he could get back on track, but he refused to give up on his dream.

Today, 50 West is a striking 780-foot skyscraper with curved glass windows that has become an iconic feature on the city skyline—but it took much more than a financial investment to get there. It required Greenburger to do what he does best—take huge risks at every turn.

During his parallel careers, Francis J. Greenburger has made publishing and real-estate history. Whether risking the reputation of his agency for the super -star authors of tomorrow, such as James Patterson to Dan Brown, or pioneering the New York co-op market by taking “hopeless” properties and turning them into prized homes, he has successfully navigated the worlds of business, politics, and social change to become the quintessential American entrepreneur.

A math and business prodigy who started working for his father at the age of 12. After a stop–and-start academic career, he voluntarily left one of the most elite and academically distinguished New York City high schools and started his adult life at 15. Greenburger has made it his life’s work to find value where others never thought to look, and his keen instincts and innovative strategies have taken him from a high-school “dropout” to a well-educated self-made billionaire.

Francis has mastered the “risk game.” Now, with Rebecca Paley’s gripping prose, he takes us behind the scenes in Risk Game and reveals firsthand how he has become a self-made force in the competitive world of New York real estate—and a champion for nonprofit organizations in the fields of art, education, and, most recently, social and criminal justice.

Find Risk Game at other Vendors 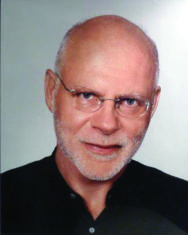 Francis Greenburger is both the CEO and Founder of Time Equities Inc., a multi-billion dollar real estate investment and development company, as well as the Chairman of Sanford J. Greenburger Associates, a literary agency representing some of the most successful writers of our time.

He is the founder of two important not for profit organizations, including the Omi International Arts Center and The Greenburger Center for Social & Criminal Justice. He has served on the boards of over 15 not for profit organizations active in the arts, education, and criminal justice reform. He is an active tennis player and skier, political cheerleader, and loving father of four children.

The Business of Flipping Homes