Theologians, psychologists, academics, feminists, and fantasists offer humor, insight, and fresh perspectives on the enchanting and beloved Chronicles of Narnia series. Such contributors as fantasists Sarah Zettel and Lawrence Watt-Evans, children’s literature scholar Naomi Wood, and C.S. Lewis scholars Colin Duriez and Joseph Pearce discuss topics such as J.R.R. Tolkien and Middle Earth’s influence on the conception of Narnia, the relevance of allegory for both Christians and non-Christians, the idea of divine providence in Narnia, and Narnia’s influence on modern-day witchcraft. Fans of the wildly popular series will revel in the examination of all aspects of C.S. Lewis and his magical Narnia.

C. S. Lewis’ Chronicles of Narnia have stimulated imaginations for more than half a century, inspiring childhood wonder, earnest faith and spirited debate regarding Christian doctrine. Widely studied and revered, Lewis’ Chronicles are structured around deep paradigms and resounding questions: How do the books form such an intimate, personal bond with readers both young and old? Does Narnia betray some hidden Universalism in Lewis’ theology? What are we to think of the evil dark-skinned Calormenes from the South who seem to represent the Arab race? What really prevented Susan from entering Narnia? What does Aslan’s characterization as a “tame lion” say about Lewis’ thoughts on providence?

Find Revisiting Narnia at other Vendors

She lives in Dallas, Texas. 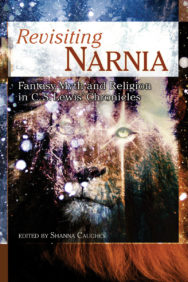 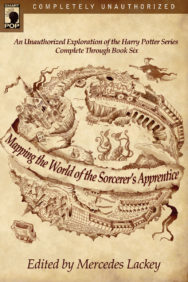 Harry Potter and the End of Religion
SITE-WIDE SALE