By Matt Watkinson and Csaba Konkoly

In Mastering Uncertainty, investor and serial entrepreneur Csaba Konkoly and award-winning business author Matt Watkinson reveal the shortcomings of conventional business thinking and the advantages of developing a ‘probabilistic’ mindset that turns uncertainty from a source of fear into an incredible and exciting advantage.

What separates the world’s most successful founders, entrepreneurs and business leaders from the rest? It’s not visionary ideas or superhuman intelligence. It’s something more fundamental—their relationship with uncertainty.

Most people are blown off-course by unexpected events. Top performers, by contrast, know how to navigate our unpredictable world. Not just that: they know how to thrive in it.

You can acquire this essential skill, too.

In Mastering Uncertainty, investor and serial entrepreneur Csaba Konkoly and award-winning business author Matt Watkinson reveal the shortcomings of conventional business thinking and the advantages of developing a ‘probabilistic’ mindset that turns uncertainty from a source of fear into an incredible and exciting advantage.

They offer superbly practical advice on everything from how to handle setbacks and expand your network, to how to spot business opportunities and shape them into successful, growing businesses.

Above all, they show how to think and operate like a great entrepreneur.

Find Mastering Uncertainty at other Vendors

Matt Watkinson is an internationally renowned business author and speaker, and the cofounder of Methodical. His first book, The Ten Principles Behind Great Customer Experiences, won the CMI’s Management Book of the Year in 2014. His second book, The Grid: The Master Model Behind Business Success, was published to critical acclaim in 2017.

Csaba Konkoly was born and raised in Hungary, and launched his first business as a teenager, importing cars from Italy after the collapse of the Berlin Wall. While studying economics at university, he taught himself to trade bonds and currencies, and spent the next 17 years building and running hedge funds around the world, culminating in a $2.3 billion global macro fund. Since then, he has shifted his focus to early-stage tech investments, five of which have become unicorns—valued at over $1 billion each. 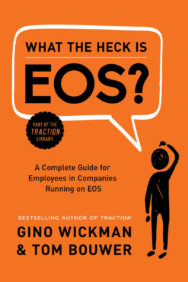 What the Heck is EOS? 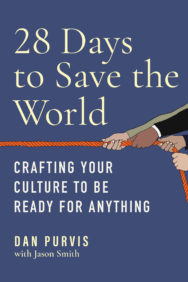 28 Days to Save the World 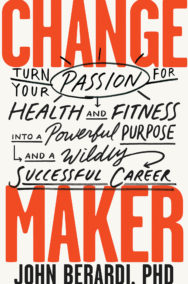