The King of Con

By Thomas Giacomaro and Natasha Stoynoff

Tom Giacomaro, the “King of Con” shares his story, with exclusive details about his life and scandals.

A NATURAL-BORN GENIUS WITH A KNACK FOR NUMBERS, A GIFT FOR MAKING PEOPLE TRUST HIM, AND AN ALL-CONSUMING HUNGER TO RULE THE BUSINESS WORLD, TOM GIACOMARO COULD CONVINCE ANYONE OF ANYTHING.

As a teenager, Tom Giacomaro began working in the mob-laden New Jersey trucking industry. A charming, brash-talking salesman with a genius-level IQ, he climbed the ranks and let his lust for money and relationships with New York, New Jersey, Philadelphia, Detroit, and Chicago crime families send him spiraling into a world of drugs and violence. Forced to go on the lam in South Africa and Europe, he returned a year later with millions of dollars’ worth of diamonds stuffed in his underwear. And that’s only the beginning.

In The King of Con, Tom details how he hashes out a deal with the FBI, agreeing to become a special crime informant in an effort to avoid jail time—only he somehow manages not to rat anyone out and, incredibly, continues his high-finance, white-collar scheming, luring celebrities and other high-profile contacts to invest multimillions in his new business ventures. When it all inevitably comes crashing down, Tom is thrown in prison for over a decade, yet, even behind bars, he’s able to get what he wants from anyone: the warden, the doctors, the guards, his fellow inmates . . . and he eventually finds a way to get released early.

Cowritten by journalist Natasha Stoynoff, The King of Con is the true story about a streetwise Jersey boy who talked and scammed his way to the top and became richer and more successful than his wildest dreams. It offers an unforgettable look into the life of a man who became hooked on living life to thrilling and dangerous excess, rubbing elbows with celebrities and crime bosses, until he was humbled by the FBI, by the US Attorney, and by life itself.

Now, Tom is back in his old New Jersey neighborhood. His old business cronies and mob contacts are calling, his palms are itching to make billions again, and the US Attorney’s office is watching. Will he stay on the straight and narrow, or will he steal back his crown of crime as the King of Con?

Find The King of Con at other Vendors 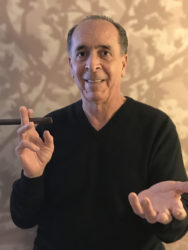 THOMAS GIACOMARO was the owner and president of dozens of million-dollar companies, as well as M&A consulting firms that acquired, consolidated, and sold privately held companies in the fuel, energy, trucking, transportation, commercial and residential, recycling, and waste industries. Sporting a genius-level IQ and a near-perfect score on his college boards, he attended and graduated from William Paterson University with a degree in Business Administration. You can learn more at www.thekingofcon.com. 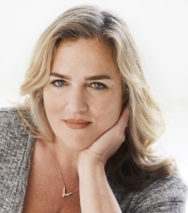 NATASHA STOYNOFF is a two-time New York Times bestselling author with 13 books to her credit. She graduated with a BA in English from York University in Toronto and studied journalism at Ryerson University. She began her career as a newspaper reporter/photographer for The Toronto Star and columnist/feature writer for The Toronto Sun. After working freelance for TIME magazine, she became a staff writer at People for more than a decade. She lives in Manhattan, where she writes books and screenplays. 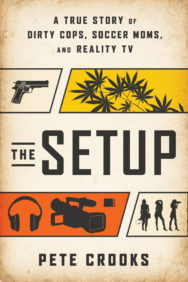 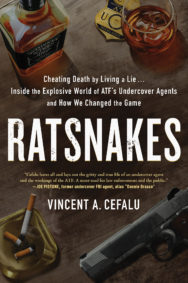