By Robert Vetere and Valerie Andrews

Move over Jack Welch and Warren Buffett. The new role model for business leaders isn’t a corporate superstar or one of America’s wealthiest tycoons. It’s the family dog.

What can man’s best friend teach us about building stronger, more collaborative organizations? Plenty. In From Wags to Riches, management expert Robert Vetere explores how our partnership with dogs, going back to the first human settlements, provides an intriguing model for teamwork in the corporate world. As president of The American Pet Products Association, Vetere has partnered with Purdue University researchers to explore the human-animal bond. Here, he also considers what dogs teach us about intimacy and relationships and tells why they’ve become the center of American family life.

With interviews from CEOs who’ve learned important lessons from their dogs, From Wags to Riches shows how you can apply insights from dog trainers and animal behavior experts to boost creativity and build a playful environment where people feel free to innovate. Vetere demonstrates that canine-like qualities such as sharing responsibility across pack members and tuning into each other’s needs and emotions by observing facial expressions and body cues can dramatically improve your personal effectiveness and ability to lead.

From Wags to Riches contains practical tips and canine insights for any dog lover who aspires to become leader of his or her pack.

Find From Wags to Riches at other Vendors 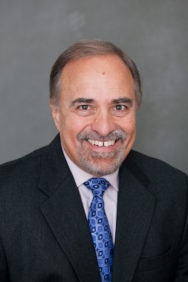 Robert Vetere is President of the American Pet Products Association (APPA), the largest trade organization for pet products in the world. At APPA, Vetere works with Dr. Marty Becker of ABC’s “Good Morning America” and Dr. Alan Beck at Purdue University to explore the human-animal bond. He also volunteers at Green Chimneys, a farm that teaches leadership skills to children with emotional, social and learning disabilities.