Colleen Shaddox is a print and radio journalist and activist. Her publication credits include The New York Times, The Washington Post, National Public Radio, America, and many more. She left daily newspapers when an editor reprimanded her for “writing too many stories about poor people” and went to work in a soup kitchen. She has had one foot in journalism and one in non-profits ever since. In states throughout the country, Colleen has worked on winning campaigns to get kids out of adult prisons, to end juvenile life without parole and to limit shackling in juvenile courts. She is a frequently anthologized fiction writer. Her award-winning play, The Shakespeares, and other dramatic works have been performed around the country. 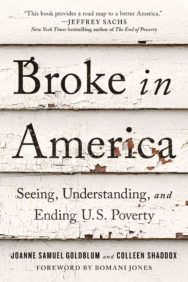