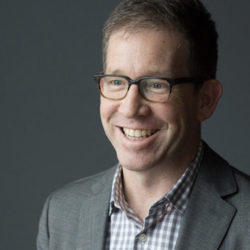 David Rose, MIT lecturer, author, and serial entrepreneur offers a unique perspective on the next platform of spatial computing, what he calls SuperSight. His last book, Enchanted Objects is one of the definitive texts on designing the Internet of Things. David wrote the seminal patent on photo-sharing, founded an AI company focused on computer vision, and was VP of Vision Technology at Warby Parker. David is known for translating complex technologies into delightfully intuitive new products and consulting to businesses on how to thrive in digital disruption.

David’s work has been featured at the MoMA, covered in The New York Times, WIRED, The Economist, and parodied on The Colbert Report. David’s apartment was featured in a New York Times video called “The Internet of Things,” where he shared some examples of how to incorporate magic into mundane objects: a Google Earth coffee table that responds to gesture, Skype cabinetry in the living room, and a doorbell reminiscent of Mrs. Weasley’s click which rings when a family member is on their way home. He even got John Stewart to belly-laugh when he was a guest on the Tonight Show! 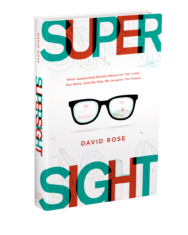