Lamar Odom is a two-time NBA champion and 13-year veteran. He was a regular cast member on E!’s worldwide sensation Keeping Up with the Kardashians, the highest rated reality show in history. He also starred in the wildly popular spinoff Khloe & Lamar, which documented one of the most covered marriages in recent Hollywood memory. 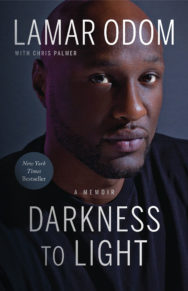