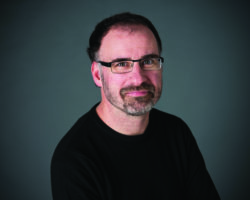 Philip Moriarty is a professor of physics, a heavy metal fan, and a keen air-drummer. His research focuses on prodding, pushing, and poking single atoms and molecules; in this nanoscopic world, quantum physics is all. Moriarty has taught physics for more than twenty years and has always been struck by the number of students in his classes who profess a love of metal music, and by the deep connections between heavy metal and quantum mechanics. He’s a father of three — Niamh, Saoirse, and Fiachra – who have patiently endured his off-key attempts to sing along with Rush classics for many years. Unlike his infamous namesake, Moriarty has never been particularly enamored of the binomial theorem.

When the Uncertainty Principle Goes to 11