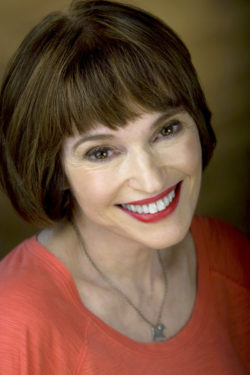 Victoria Moran (www.mainstreetvegan.net) is a vegan of over three decades, an obesity survivor, and the 2016/17 winner of the “Peta’s Sexiest Vegan Over 50.” Listed by VegNews among the Top 10 Living Vegetarian Authors, she’s written twelve books, including The Love-Powered Diet, The Good Karma Diet, the international bestseller Creating a Charmed Life, and the iconic Main Street Vegan, whose fans range from Bill Clinton to Ellen Degeneres. Victoria was featured twice on Oprah, hosts the award-winning Main Street Vegan podcast, and directs Main Street Vegan Academy, the exciting in-person program in NYC that trains and certifies Vegan Lifestyle Coaches and Educators. She is also producer of the upcoming documentary from filmmaker Thomas Wade Jackson, The Compassion Project, introducing veganism to people of faith. 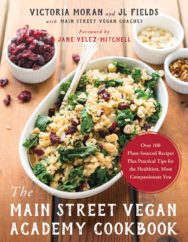