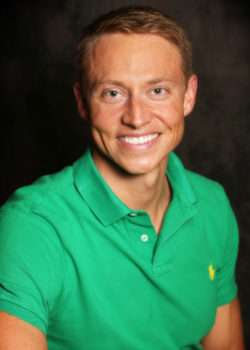 Andrew McConnell’s story is not your typical Silicon Valley fairytale. Born in Birmingham, AL, he was raised in a neighborhood built on a former tobacco field, population ~50,000. Through Stoicism and Southern grit, he managed to graduate Harvard College, Harvard Law School, and University of Cambridge with honors, all while becoming a member of the USA Open Water Swimming National Team, and earning an international Bronze Medal in the process. Entering the work world, Andrew took a while to find his footing, bouncing from banker (Merrill Lynch), to attorney (Eversheds Sutherland), to consultant (McKinsey & Co.), before finally striking out on his own.

By deploying the ancient philosophy of Stoicism, Andrew McConnell eventually took the company he founded, Rented.com, from less than $200,000 in revenue to nearly $10 million in under three years, a 50X increase. Today, Rented.com is a two-time Inc. 500 winner, with more than $25 million raised. Andrew has tracked this perilous journey as a regular contributor to Inc., Forbes, USA Today, Huffington Post, Betterment, Skift, and Curbed, where his writings on Stoicism, the access economy, and the highs and lows of contemporary work-life find an eager audience of thousands of readers. Still, in true Stoic fashion, Andrew’s commitment to making an impact has always extended beyond business. He’s a Board Member of Georgia’s oldest charity, Sheltering Arms, a founding Board Member of Atlanta Technology Leaders, and a TechStars Mentor for Social Impact Startups. He’s also an attendee of the invite-only Yale CEO Summit as well as the Renaissance Weekend conference attended by astronauts, past-presidents of the US, Supreme Court Justices, and other world-class thought leaders. His drive to share encouragement, resources, understanding, and techniques have led to the creation of this book. 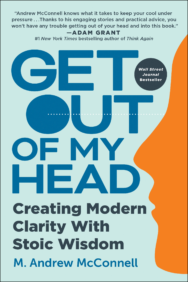 Get Out of My Head