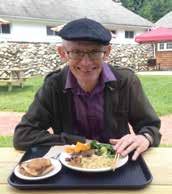 Alex Jack is founder and president of Planetary Health, Inc.; sponsor of Amberwaves, a grassroots network devoted to promoting whole grains and other natural foods; and codirector of the Macrobiotic Summer Conference. He has helped introduce macrobiotics to China and Russia and has written many books with Michio and Aveline Kushi, including The Cancer Prevention Diet, Diet for a Strong Heart, Aveline Kushi’s Complete Guide to Macrobiotic Cooking, The Macrobiotic Path to Total Health, and The Book of Macrobiotics. He also edited the Wheaten Garland editions of Hamlet and As You Like It.

Alex taught macrobiotic philosophy, healthcare, diagnosis, and cooking at Kushi Institute, where he served as executive director and chairman of the faculty. He has presented at the Cardiology Institute in St. Petersburg, the Zen Temple in Beijing, Shakespeare’s New Globe Theatre in London, and the Rosas contemporary dance company in Brussels. He lives in the Berkshires. 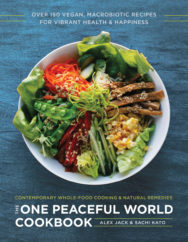 The One Peaceful World Cookbook