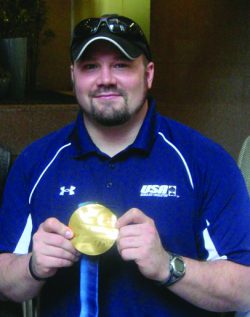 Steven Holcomb is an American bobsled driver who won the Olympic gold medal at the 2010 Vancouver Olympics, the first gold medal in four-man bobsledding for the United States since 1948.

Holcomb is the only Olympic athlete for whom a medical procedure is named: the Holcomb C3-R procedure for keratoconus, a degenerative eye disease that can lead to total blindness. Holcomb was cured of keratoconus from the procedure and went on to become America’s most decorated bobsledder. He will compete to defend his Olympic title at the 2014 Olympic Winter Games in Sochi, Russia. 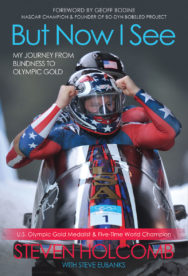 But Now I See