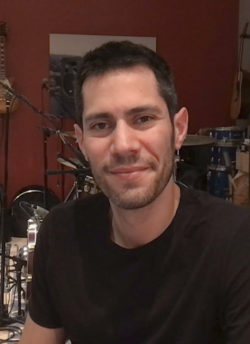 Ryan Dusick is an Associate Marriage & Family Therapist with an MA in Clinical Psychology and the founding drummer of the world’s most popular band, Maroon 5.

As a boy, he dreamt of pitching for the Dodgers and writing adventure novels. Arm injuries sidelined his burgeoning baseball career, just as rock music became his new passion and purpose. Founding the band Kara’s Flowers in 1994 with fellow Brentwood High School students Jesse Carmichael, Mickey Madden, and Adam Levine, Ryan worked tirelessly through his college years at UCLA before the band changed its name to Maroon 5 and finally had its first hit record, Songs About Jane. Multiple hit songs, two Grammy Awards, and 20 million albums sold later, Ryan found himself suffering and without direction as his career as a performer came to an end, just as it was taking off.

Struggling with physical and mental health challenges, Ryan finally overcame his struggles in 2016, when he began his journey of recovery, culminating in a new life path full of meaning, purpose, and fulfillment. Now working as a mental health professional at The Missing Peace Center for Anxiety in Agoura Hills, CA, Ryan is spreading the message that recovery is possible, and some astounding things can come with it. 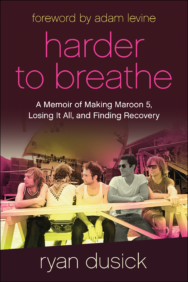