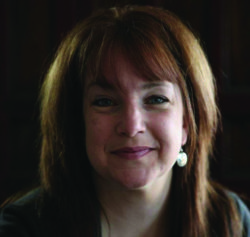 Jeanne Devon is a New York Times bestselling author, political writer, and the founding editor of the multiple-award winning blog, The Mudflats. Devon catapulted to national attention when Sarah Palin was nominated as the Republican candidate for Vice President, and The Mudflats became one of America’s primary sources of information for all things Palin. The Mudflats is a two-time Bloggers’ Choice Award winner for best political blog in the nation, and has also been honored by The Alaska Press Club, receiving multiple awards for best blog commentary across all media, including for her coverage of the Alaska militia movement in 2014. Devon is also a regular contributor to The Huffington Post. Her reporting has been featured on CNN, Daily Kos, and TruthOut. The Mudflats has been linked and cited by many media outlets including The Atlantic, The New Yorker, Salon, Politico, The Week, The Guardian, Wonkette, and The Los Angeles Times. She has been a guest on MSNBC’s The Rachel Maddow Show, Politics Nation with Al Sharpton, the CBC’s News Network, and many national, regional and local radio broadcasts.

A New Jersey native, she moved to Alaska more than two decades ago seeking adventure, and found it. During her time on The Last Frontier, she has sold radio advertising, hosted a daily radio feature, shot a halibut, owned a retail gift shop, blogged about politics, and raised two awesome kids.