Twelve Years ago, Marie Cosgrove was a single mother of four children when she was fired from balanceback™ because she “made too much” in commissions. Instead of becoming bitter, vengeful, and angry, she started her own company developing a different product. Two years after she was fired, she bought balanceback™, the company that fired her. Skeptics and competitors said she would bankrupt the company and herself within six months. Nearly a decade later, balanceback™ is the world’s leader in fall prevention, concussions, brain and balance disorder diagnostic and treatment devices for clients including Dartmouth, Yale, Vanderbilt, University of Miami, VA Hospitals, and Air Force Bases nationally, as well as major hospitals and universities worldwide. 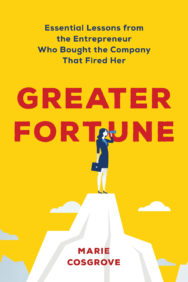