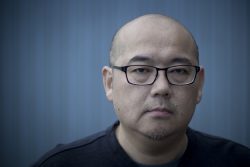 Harrison Cheung worked for Christian Bale as publicist, marketer, and personal assistant for almost a decade. As a family friend and confidant, Harrison was involved with practically every aspect of Christian’s life, including his publicity, finances, immigration, fan mail, and, of course, web marketing. With web marketing, Harrison created the Baleheads Ð Christian’s online fan community Ð and made him the biggest star on the Internet. Entertainment Weekly touted Bale as one of the “Top Cult Figures of the Past Decade” because of his Internet presence.

Born in Scotland and educated in Canada, Harrison has been writing all of his life. His first novel, Idol Worship, was a finalist in the Writers’ Guild Fiction competition. In 2002, he produced an award-winning short film called Rising of the Moon, about IRA hunger striker, Bobby Sands. Most recently, his short story, Witness, won Honorable Mention in Glimmer Train’s 2010 Short Fiction competition. He is currently working on a series of novels.

Harrison is a digital marketing professional at IBM, where he earned an Innovation Award for his work in Internet marketing. He lives in Austin, Texas. 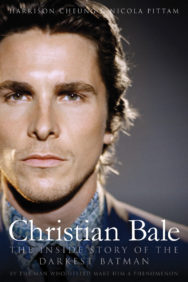