David Brin’s bestselling SF novels have won Hugo, Nebula and other awards and have been translated into 20 languages. His 1989 thriller Earth foreshadowed global warming, cyberwarfare and the Web. A 1998 movie was loosely adapted from his Campbell Award winner The Postman, while Foundation’s Triumph brought a grand finale to Isaac Asimov’s famed Foundation universe. Kiln People portrays people using “home copiers” to be in two places at once. David’s nonfiction book The Transparent Society deals with openness, security and liberty in the future; it won the Freedom of Speech Award of the American Library Association. 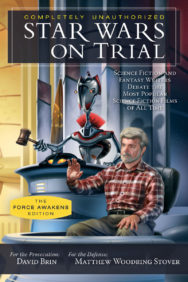 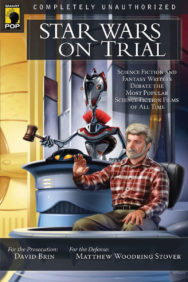 I Accuse...Or Zola Meets Yoda... from Star Wars on Trial

Buffy vs. The Old-Fashioned "Hero" from Seven Seasons of Buffy

Closing Statement for the Prosecution from Star Wars on Trial