Women Change the World is a collection of world-changing women—from actresses, recording artists, and writers to businesswomen and other high-profile female professionals—on women’s unique contributions to society.

Women Change the World will be released in conjunction with the California Women’s Conference, which offers its attendees inspiration, resources, and connections to take the next steps in their businesses, personal development, or philanthropic endeavors. 2012’s conference speakers included Marcia Cross, Donna Karen, Gloria Allred, and many others.

Women Change the World aims not only to show how women can be the heart of success, but also to inspire other women to go out and change the world themselves.

Find Women Change the World at other Vendors 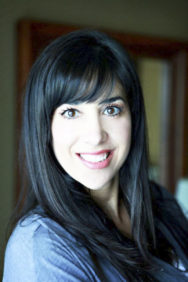 A recognized visionary and lauded business accelerator, Michelle Patterson is a written contributor and guest on media outlets including The Huffington Post, CNBC, Fox Business News, and Bloomberg. Most recently, Patterson successfully oversaw the 2012 California Women’s Conference, continuing the tradition of this historical event that has featured thought leaders and A-list celebrities such as Michelle Obama, Laura Bush, and Jane Fonda. Under Patterson’s leadership, this year’s conference received critical acclaim and was covered by the largest media outlets in the world.

Patterson’s business acumen and impressive rolodex has led to her being labeled by the media as an “acceleration executive” that focuses on helping individuals, corporations, and small businesses ignite growth. Patterson began her entrepreneurial journey after serving as a Regional Vice President and National Sales Trainer for the world’s largest specialized recruiting firm, Robert Half, where she oversaw nine divisions and was recognized for helping generate record revenue growth. When she launched TouchPointe, LLC in July 2006, she continued her track record of impressive revenue growth—leading the company to achieve seven-figure revenue within just six months of launch. TouchPointe was tapped by internet giants Groupon and Living Social early on in their business cycle to help them increase their market share. Today, TouchPointe helps corporations engage women professionals from both a recruitment angle to attract the right talent, as well as customer acquisition angle to increase their market share with identified sub-segments of the highly complex and sought after demographic.

Beyond her notable business success, Patterson is most passionate about her family. She lives in Ladera Ranch, California with her husband, Eric, and their two beautiful children, Jaclyn and Chase.