The tangled web of vengeance, love, and loss woven by Spider-Man comics and films is explored in this collection of insightful essays by acclaimed writers of comics and science fiction.

The tangled web of vengeance, love and loss woven by Spider-Man comics and films is explored in this collection of insightful essays by acclaimed writers of comics and science fiction. A variety of topics—from the superhero’s sarcasm to the science behind radioactive spiders—are discussed in essays on “Turning Rage into Responsibility: A Psychology of Loss,” “Love Is Selfish: Can a Hero Afford Personal Attachments?,” and “Self Identity and Costume Design.” The popular rival Green Goblin, the bumbling-yet-influential media, and the part New York City itself plays in stories are skillfully explored, as well as the overall philosophy of mild-mannered Peter Parker and Spidey’s relationship with the rest of the characters in the Marvel universe.

Find Webslinger at other Vendors

Gerry Conway has worked in comics since the age of 16 and is best known in Spider-Man circles for scripting the death of Gwen Stacy and for his co-creation of the Punisher. In addition, Conway has written several novels and worked in both film and television as a writer and producer. He lives in Los Angeles. 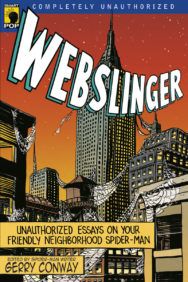 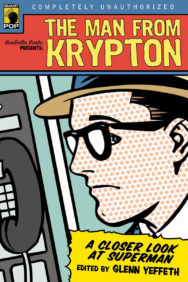