The Girl Who Was on Fire

The Girl Who Was On Fire offers even more to think about for teen readers already engrossed by the Hunger Games. From the trilogy’s darker themes of violence and social control to reality television, fashion, and weaponry, the collection’s exploration of the Hunger Games by other YA writers reveals exactly how rich, and how perilous, protagonist Katniss’ world really is.

The Girl Who Was On Fire covers all three books in the Hunger Games trilogy. 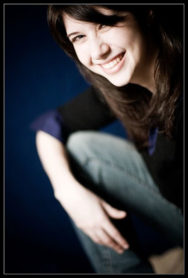 Leah Wilson graduated from Duke University with a degree in culture and modern fiction and is currently senior editor at BenBella Books in Dallas. Leah is the editor of Perfectly Plum: Unauthorized Essays on the Life, Loves, and Other Disasters of Stephanie Plum, Trenton Bounty Hunter and the co-editor on Coffee at Luke’s: An Unauthorized Gilmore Girls Gabfest and Serenity Found: More Unauthorized Essays on Joss Whedon’s Firefly and Serenity.