Lorenzo Lamas has played many roles over the course of his roller coaster career. Star of two major television shows, five—time husband, and reality show star, Lamas has been tabloid fodder for decades. Fans can easily believe they have seen every side of Lamas. But the truth is far more interesting—and surprising.

Son of film stars Fernando Lamas and Arlene Dahl, and stepson of swimmer and actress Esther Williams, Lorenzo was born into Hollywood royalty. But his path was not easy. Overweight and aimless as a child, he found it hard to live up to the expectations of his famous father, whose exploits made him the inspiration for the “most interesting man in the world.”

But Lorenzo surprised everyone, shaping up and ultimately winning countless black belts in taekwondo and karate. Despite his father’s early discouragement, he pursued acting, starring roles in Falcon Crest and Renegade. In Renegade at Heart, the Emmy– and Golden Globe–nominated actor pulls back the curtain to share his startling and explosive story—the money and notoriety, the fights and falling outs, his years of battling abandonment and attachment issues after his parents’ divorce, his epic romances and tabloid-making marriages to his four ex-wives. He delves deep into his relationships with his six children and with his famous father, whose penetrating words of wisdom have guided him through turbulent times and to a sense of renewal and new beginnings.

Featuring 50 rare, never-before-shared family and personal photographs from his private collection, Renegade at Heart is everything Lamas’ millions of fans have been waiting for—the unvarnished truth and his side of his remarkable journey and fully fleshed rumination of the highs and lows of an extraordinary life and survival of an extraordinary man and actor.

Find Renegade at Heart at other Vendors 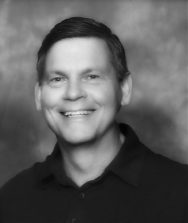 Jeff Lenburg is a prolific, award-winning author and Hollywood biographer. He has written more than 30 books, including two national bestsellers. His books have been nominated for several major awards, including the American Library Association's "Best Non-Fiction Award" and the Evangelical Christian Publishers Association's Gold Medallion Award for "Best Autobiography/Biography."