In this 2011 revised edition, Please Stop Laughing at Us…One Woman’s Inspirational Story Continues includes the same powerful message that Blanco is respected and known for, with new material, including strategy guides for parents and educators, new material, including a Q&A for parents and educators, updated information on university bullying in light of recent news events, and a touching epilogue.

Please Stop Laughing at Us…is the story of America’s rejected and bullied students from the perspective of the one person with unprecedented access to the truth about what’s going on in our schools. Blanco exposes both the strengths and vulnerabilities of a nation too clouded by rhetoric and self-defense to understand what really needs to be done. 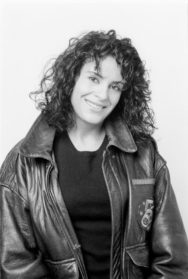 Survivor, expert and activist Jodee Blanco is one of the country’s pre-eminent voices on the subject of school bullying. She is the author of the New York Times bestseller Please Stop Laughing At Me … One Woman’s Inspirational Story. A chronicle of her years as the student outcast, the book inspired a movement inside the nation’s schools and is swiftly becoming an American classic. Referred to by many as “the anti-bullying bible,” it is required reading in hundreds of middle and high schools and numerous universities throughout the country. Please Stop Laughing at Me … has also been recognized as an essential resource by the National Crime Prevention Council, the Department of Health & Human Services, the National Association of Youth Courts, Special Olympics, the FCCLA (Future Community and Career Leaders of America), Teacher Magazine and hundreds of state and local organizations from the PTA and regional law enforcement coalitions to school safety groups. Blanco’s highly anticipated sequel, Please Stop Laughing at Us … One Survivor’s Extraordinary Quest to Prevent School Bullying, is written in response to the demand for more information from her core audience—teens, teachers, parents and other Adult Survivors of Peer Abuse like herself, who have come to know Blanco as the champion of their cause. It provides advice and solutions set against the backdrop of her dramatic personal and professional journey as the survivor who unexpectedly finds herself the country’s most sought-after anti-bullying activist.

In addition to her books, Blanco’s unprecedented approach to shifting the social dynamic of America’s schools is saving lives and making headlines throughout the United States. She’s presented It’s NOT Just Joking Around!™, her acclaimed anti-bullying program, to a combined audience of over 500,000 students, teachers and parents nationwide at the behest of such entities as the United States Department of the Interior, the United States Department of Justice, the National Catholic Educational Association, the Illinois Association of School Boards and scores of local school districts, many of whom are adopting her initiatives as part of their core bullying prevention curriculum. It’s NOT Just Joking Around!™ has also generated tens of thousands of dollars in grant awards for schools and organizations coast to coast.

Blanco has successfully intervened in numerous bullying-related attempted suicides and acts of student retaliation. She is a respected crisis management consultant and expert witness in the areas of school violence and peer abuse, and is frequently called upon by the media as an expert interview. Some of the outlets who have turned to her for commentary include Newsweek, CNN, NBC, FOX, “The John Walsh Show” and National Public Radio. She is also the resident authority on school bullying for Meredith Vieira’s popular parenting Web site CafeMom.com. Blanco’s life story has been featured in Parade, Teen Newsweek, Teen Guideposts, Hispanic, the Chicago Tribune, the St. Petersburg Times and hundreds of local daily newspapers across the United States and is part of a permanent exhibit at the Chicago National Historical Society.

A tireless advocate for the shunned and forgotten student, Blanco’s rare understanding of why kids abuse other kids comes from a deep personal place. From fifth grade through the end of high school, she was rejected and tormented by her peers simply for being different and knows firsthand what it’s like to contemplate retaliation. As an adult, she decided to go public with her story because she was frustrated by society’s misconceptions about the true cause of the school tragedies such as Columbine. Since the release of Please Stop Laughing At Me …, Blanco has committed her life to turning her pain into purpose. Inspired by the thousands of letters and requests she receives for help, she travels around the country sharing her story of forgiveness and triumph. One of the most sought-after keynote speakers and seminar presenters, Blanco’s anti-bullying initiatives are redefining the scope of possibilities for curbing suffering in our schools worldwide.

Blanco’s work has been published in Japanese, Danish and Arabic. She lives in the suburbs of Chicago with her husband and family where she is currently at work on a series of anti-bullying related fiction titles for young adults. For more information on Blanco’s anti-bullying work, visit her Web site at www.jodeeblanco.com. Information on her consulting company can be found at The Jodee Blanco Group.