Murder in the Courthouse

The third book in the Hailey Dean mystery series follows her to Savannah, Georgia, where she becomes embroiled in a murder investigation and finds herself falling for a handsome lieutenant. And that’s just the beginning. Courthouse regulars start dropping dead one by one . . . but why? While Lt. Billings is falling hard for Hailey, she digs in to find a killer with a mysterious agenda . . . as it becomes deathly apparent the next murder victim may very well be Hailey herself.

Hailey Dean, the prosecutor who never lost a case, jets to Savannah as an expert witness on the sensational Julie Love-Adams murder trial but very quickly finds herself embroiled in a deadly mystery.

As soon as she touches down, Hailey bumps into her old partner, crime investigator Garland Fincher. Leaving the Savannah airport, the two hear an APB on a murder that’s just been committed. Racing to the scene, they find Alton Turner, a courthouse sheriff known for crossing t’s and dotting i’s. The mild-mannered paperpusher is prone to extreme tidiness, but he’s a hot mess now . . . sprawled dead in a pool of blood, severed in half by a garage door.

Never one to stay in the background, Hailey jump-starts Turner’s murder investigation while juggling the Julie Love-Adams trial. The timing of the trial and murder could be a coincidence, but everyone knows there are no coincidences in criminal law.

And that’s just the beginning. Courthouse regulars start dropping dead one by one . . . but why? While Lt. Billings is falling hard for Hailey, she digs in to find a killer with a mysterious agenda . . . as it becomes deathly apparent the next murder victim may very well be Hailey herself.

Find Murder in the Courthouse at other Vendors 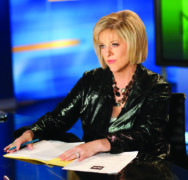 When her fiancé was murdered just before their wedding day, Nancy Grace abandoned plans to become a Shakespearean literature professor to enter the world of crime and justice; she attended law school instead and graduated Law Review. Grace then spent the next decade in inner-city Atlanta prosecuting violent crimes. She compiled a perfect record of more than 100 felony prosecution victories at trial with no losses. Grace joined Court TV and, for the next ten years, covered major trials after co-hosting Cochran & Grace with famed defense attorney Johnnie Cochran. One of television’s most respected legal analysts, Grace hosted the top-rated HLN show, Nancy Grace, and serves as a legal expert for ABC’s Nightline, 20/20, and Good Morning America. Grace lives in both New York City and Atlanta with her husband and her beloved twins. 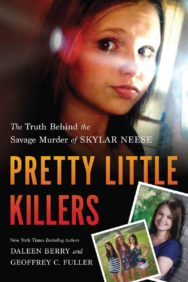 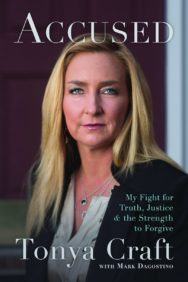 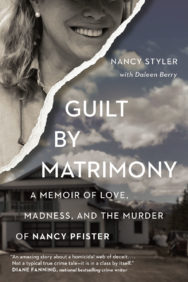