“This is the most clever book I’ve ever read, or my name isn’t Steve Martin.”
—Comedian Brian Kiley, writer for Conan

A great foreword is more than just a few pages of self-indulgent frippery that comes before a book. A great foreword adds zest. It sets the stage for the page turner you’re about to open, and perhaps even puts you in the locked room where a mystery happens or in the high-button shoes of a year gone by.

A great foreword—sometimes—is even better than the book it precedes.

So why not skip the boring actual-book part?

Moving Foreword is a collection of introductions to imaginary books, written by real celebrities, comedians, musicians, and other writers with something to say. With a real foreword by Rainn Wilson, this book offers a no-holds-barred cacophony of laugh-out-loud funny, poignant, and thought-provoking writing that tackles everything from politics to pop culture, true crime to trout fishing, and Star Wars to skin flicks.

The Lure of the Flies: On the Art of Fly Fishing
Foreword by Adam West, the late, the great, the Batman

Keep Your Gaze on Me: The Murder of Persia Sadsashay
Foreword by Shirley Manson, lead vocalist of Garbage

I’ll Be There for You: The True Story of the Central Perk Murders
Foreword by Simeon Goodson, Brooklyn-bred stand-up comedian

Find Moving Foreword at other Vendors 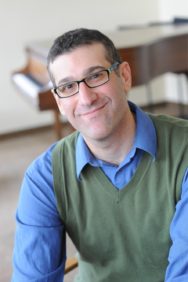 Jon Chattman has jokingly told Tom Cruise to stop hitting on his wife, enjoyed a Reuben sandwich with Randy “Macho Man” Savage, and somehow ignited Snoop Dogg to sing Dean Martin’s “That’s Amore.” He’s also asked Meryl Streep what she would do in the event of a zombie apocalypse, and she laughingly told him he stumped her. These are just some highlights in this writer/author, marketing expert, online entertainment host, talent buyer, blogger, and man-of-many-hats’s career. Chattman is chief creative officer and president of Moving Forward Consulting. He has extensive background in the entertainment field, specializing in interviewing and writing about those in the music, film, and television worlds.

Chattman has authored many pop culture, sports, and wrestling centric books, including Time Heels (Pitch Publishing, 2014), How the Red Sox Explain New England (Triumph Books, 2013), Superfly: The Jimmy Snuka Story (Triumph, 2012), A Battle Royal in the Sky (Pitch Publishing, 2012), I Love the Red Sox, I Hate the Yankees (Triumph, 2011), and Sweet Stache (Adams Media, 2009.) He’s appeared on/in various publications and outlets supporting his projects, including the Opie & Anthony Show, the New York Daily News, the New York Post, and the Chicago Sun-Times, and he was mentioned on The Howard Stern Show.

Chattman has covered various red carpets—from the Oscars to the Indie Spirits to the Tonys—and he’s interviewed an eclectic mix of celebrities, including Courtney Love, Alice Cooper, Javier Bardem, Aaron Sorkin, Hulk Hogan, Snoop Dogg, and Tracy Morgan. In August 2011, he launched an online music and entertainment series, A-Sides, which featured musicians performing a song or two and taking part in an informal conversation afterwards. It debuted on thisisasides.com and has appeared on the Huffington Post, Inked magazine, and USAtoday.com. Rising musicians and established acts who have appeared on the series include Gary Clark, Jr., Bastille, Imagine Dragons, Joe Perry, Air Supply, Letters to Cleo, The Front Bottoms, Elle King, Wyclef Jean, and Jimmy Eat World. Chattman has written for many outlets throughout the years including the New York Post, Wizard, Soundfly, and TV Guide. He also writes band and music act bios for press purposes and websites. He formerly owned and operated thecheappop.com, a pop culture humor and interview site. In addition to his writing experience, Chattman promotes live music events in and around Westchester County, New York—many of which are at Garcia’s in Port Chester. On two occasions, he held Pop Goes the Culture, a zany Westchester-based variety and awards show honoring all walks of pop life from the Magic Garden to Gary Gnu to Andrew W.K. He stopped because no one really attended other than friends, family, and a few glorious weirdos who “got it.”

Chattman was selected as one of the “Rising Stars—Westchester’s Forty Under Forty” by The Business Council of Westchester in 2011. He is currently chief creative officer at Moving Forward Consulting, a small social media and marking firm. He resides in Westchester County, New York, with his wife, Alison, and three young children. His hobbies include binge watching Netflix shows, going to the movies, Star Wars, the beach, listening to Bon Iver and pre–Everything Now Arcade Fire, and he is trying desperately to sever his phone from his hand. Send help. 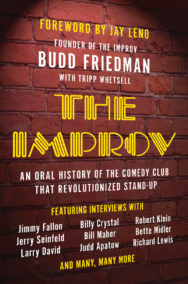 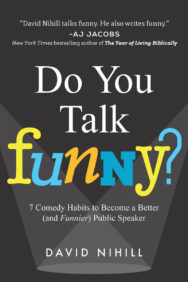 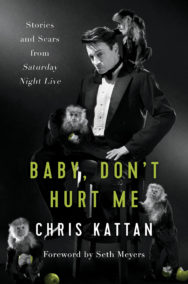