“Gerry House is a personal friend of mine. I cannot think of another single person with as much talent and imagination as he possesses. We have been friends for many years. He has written things for me to use on television and in my road shows. When we get the chance to go out and have dinner together, I can verify that his table manners are impeccable. He married pretty well, too.”
—Barbara Mandrell

“There was never a time Gerry House wasn’t in my house or in my car when he was on the radio and I was in Nashville. I’d listen just so I could steal his stuff. Seriously, he is such a funny, talented, and good human being. I always loved going to the radio station and visiting with him, and I always felt so good for hours after I left the station just basking in my Gerry glow. I can’t wait to read this book and I bet you can’t either.”
—Dolly Parton

Nashville is filled with stars and lovers and writers and dreamers. Nashville is also teeming with lunatics and grifters and dip wads and moochers. Gerry House fits easily into at least half of those categories. Someone would probably have to be brain-damaged or really damn talented to try to entertain professional entertainers over a decades-long radio show in Music City, USA.

Fortunately, House is little of both.

Host of the nationally syndicated, top-rated morning show, “Gerry House & The Foundation” for more than 25 years, he has won virtually every broadcasting award there is including a place in the National Association of Broadcasters Hall of Fame. Gerry also spent that time deep inside the songwriting and recording world in Nashville.

In Country Music Broke My Brain, Gerry tells his stories from the other side of the microphone. He reveals never-aired, never-before published conversations with country music’s biggest names—Johnny Cash, Brad Paisley, and Reba McEntire to name a few—and leaves you with his own crazy antics that will either have you laughing or shaking your head in disbelief.

With exclusive celebrity stories, humorous trivia and anecdotes, and broadcasting wisdom, this book is a treat for country music fans or for anyone who wants a good laugh.

Find Country Music Broke My Brain at other Vendors 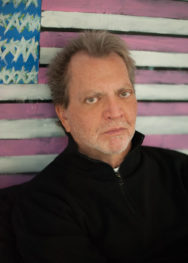 Gerry House worked in the music industry’s famed Music Row district in Nashville for 30 years, the last 22 of which found him behind the microphone every weekday morning hosting Gerry House & The House Foundation, the top-rated morning radio show on WSIX-FM, for more than 20 years and broadcast nationally via Sirius/XM.

Gerry is, first and foremost, a writer. He wrote his own daily radio material and also stand-up jokes and TV scripts for other shows for years, including the ACM Awards, the CMA Awards, the CMT Awards, and American Idol.

He's also written more than 50 songs recorded by artists including Brad Paisley, LeAnn Rimes, George Strait, Reba McEntire, Randy Travis, Clint Black, Trace Adkins and many others. His hits such as "Little Rock," "On The Side of Angels," "The Big One" and "The River and the Highway" have sold millions of records.