In Billionaire Democracy: The Hijacking of the American Political System, economist George R. Tyler lays out the fundamental problems plaguing our democracy. He explains how the American democratic system is rigged and how it has eroded the middle class, providing an unflinching and honest comparison of the US government to peer democracies abroad and breaking down where we fall short. Tyler outlines practical, immediate campaign-finance reforms to improve the political responsiveness of our government.

“A powerful critique of America’s dysfunctional democracy. Tyler vividly illustrates how government policy is bent to serve the needs of the wealthy few and shows that only fundamental political reforms can make America truly democratic.” —Martin Gilens, author of Affluence & Influence: Economic Inequality and Political Power in America

“George Tyler’s Billionaire Democracy is a profound, clearly and provocatively written indictment of the American political system by an insider who has seen up close how it works. This book is a must-read for all sentient American citizens.” —Clyde Prestowitz, author of The Betrayal of American Prosperity and president of the Economic Strategy Institute

This isn’t your America.

We’re told that when we vote, when we elect representatives, we’re gaining a voice in government and the policies it implements. Then why don’t American politics, unlike those of its European counterparts, actually translate our preferences into higher living standards for the majority of us?

The answer is that, in America, the wealthy few have built a system that works in their favor and one which maintains the illusion of democracy. The reality is that the quality of democracy in the US is the lowest of all rich democracies in the world.

In the US, voters have little influence on eventual policy outcomes, especially when compared to peer democracies overseas. Our economy has been misfiring for most Americans for a generation, with wages stagnating and opportunity dwindling. The income bias engineered into politics by the Supreme Court in 1976 has American lawmakers competing to satisfy the preferences of donors from the top one percent, and the gridlock engineered into American government by the Founding Fathers has made it easy.

In Billionaire Democracy: The Hijacking of the American Political System, economist George R. Tyler lays out the fundamental problems plaguing our democracy. He explains how the American democratic system is rigged and how it has eroded the middle class, providing an unflinching and honest comparison of the US government to peer democracies abroad and breaking down where we fall short. Tyler outlines practical, immediate campaign-finance reforms to improve the political responsiveness of our government.

The income bias and Congressional gridlock mean the decades to come will differ little from the past decades of dwindling economic opportunity for most Americans. The only realistic pathway to improve middle-class economics is to raise the quality of American democracy. Reform faces formidable barriers that can only be overcome by a visionary Supreme Court willing to change the rules of American politics.

It’s time for the people of this nation to demand a government that properly serves us—the way any real democracy should.

Find Billionaire Democracy at other Vendors 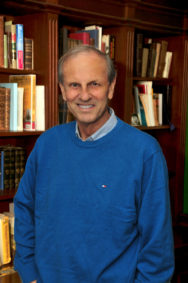 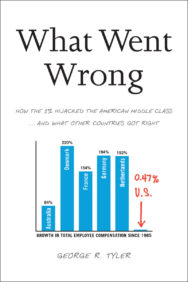