“…Fred Levin blew so many incredible opportunities. However, at the same time, he developed and/or followed through on two fabulous situations: structured settlements and the tobacco settlement.”
—Terdema Ussery, Dallas Mavericks President

In the early ’90s, Big Tobacco was making a killing. There was no entity more powerful, and national tobacco-related deaths numbered in the hundreds of thousands each year. The economic loss from smoking-related illnesses was billions of dollars.

And yet, Big Tobacco had never paid a nickel in court. Until one trial lawyer discovered he could revise part of a Medicaid law so that it would enable Florida to sue Big Tobacco to reimburse the state for health care costs. The end result? Hundreds of thousands of American lives have been, and will continue to be, saved because one lawyer found a loophole and ran with it.

Called by his son a philanthropist and a cockroach,” Fred Levin is no clean-cut lawyer pulled from the pages of a John Grisham novel. And Give Up Showbiz?: How Fred Levin Beat Big Tobacco, Avoided Two Murder Prosecutions, Became Chief of Ghana, Earned Boxing Manager of the Year, and Transformed American Law gives readers a glimpse into the extraordinary and entertaining life of the top trial lawyer who was a pioneer in establishing American personal injury law.

And Give Up Showbiz? presents the extraordinary life of a lawyer of a different breed. Seen as an inspiring innovator by some and a flamboyant self-promoter by others, Levin once called his profession “the most exciting damn thing in the world.”

With victories for women, African Americans, workers, and his famous win against Big Tobacco, Levin’s unprecedented legal career is just one aspect of his rollercoaster life story. From civil rights, to boxing management, to avoiding multiple disbarring attempts and murder investigations, Levin’s story reads like a novel suitable for the silver screen. Levin worked closely with bestselling author Josh Young to create a memoir that is both shockingly candid and surprisingly funny.

Find And Give Up Showbiz? at other Vendors 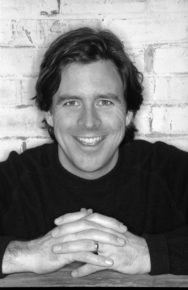 Josh Young is a bestselling author whose works spans entertainment, business, politics, science and natural history. He has coauthored five New York Times bestsellers and two national bestsellers. He is the coauthor of comedian Howie Mandel's Here's The Deal: Don't Touch Me, You're Only As Good As Your Next One with Mike Medavoy, Dr. Sam Parnia’s Erasing Death: The Science That Is Rewriting The Boundaries Between Life And Death, and The Link: Uncovering Our Oldest Ancestor with Colin Tudge, which has been translated into five languages. Additionally, he is the coauthor of Pure Imagination: The Making of 'Willy Wonka and the Chocolate Factory' and David Attenborough's First Life: A Journey Back in Time with Matt Kaplan. On the film side, Josh served as Production Consultant on White House Down (June 2013). As a journalist, Josh has contributed to George magazine, Entertainment Weekly, LIFE magazine, The New York Times Sunday, The New Republic, Details, The (London) Sunday Telegraph, and Los Angeles.