Rob Thomas is the creator and executive producer of the critically acclaimed drama “Veronica Mars.” Thomas also produced and created the short-lived television series “Cupid,” wrote scripts for television shows “Dawson’s Creek” and “Space Ghosts” and the film “Drive Me Crazy,” and has written several novels for young adults. 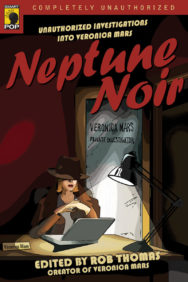