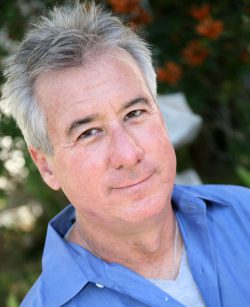 Keith Stern has produced some of the most popular biographical Web sites on the Internet. Since 1997 he has been collaborating with Sir Ian McKellen on the actor’s autobiographical Web site, McKellen.com. He has also produced official Web sites for Lynn Redgrave, Sean Astin, Andy Serkis, Spinal Tap, the film “Gods and Monsters” and others for movie stars and movies. Stern started in the music business as a musician followed by several years with Warner Bros Records in field promotion, public relations, A&R and IT. In 1979 in Charlotte, N.C., he transformed the Milestone into a showcase punk rock/new wave music venue and in 1981 with Ben Clark, he opened a larger venue, Viceroy Park. As an independent promoter, he produced many early concerts for punk/new wave acts including R.E.M., The Ramones, The Go-Go’s, Iggy Pop, Bow Wow Wow and Joan Jett. His screenplay “Freezing Time” will be filmed in 2009, starring Andy Serkis (Lord of the Rings, “King Kong”). Keith currently lives in Beverly Hills, Calif.