Debra Schepp is the author of 19 books, including How to Find a Job on LinkedIn, Facebook, Twitter, and Google+, eBay PowerSeller Secrets, and How to Make Money with YouTube. The Washington Post named her YouTube book among the top 10 business books of the year.

She has been interviewed many times by national media, including LIFE Magazine, Forbes, and Entrepreneur magazine. She has also appeared on many radio shows and her work has been featured in publications such as Newsweek, The Chicago Tribune, and Parade.

As a former editor for McGraw-Hill and Gartner Group, she has been writing about living and working online since the 1980s. 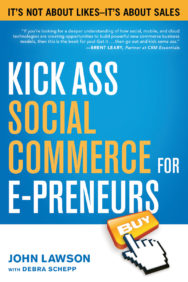