Penn Rhodeen became a lawyer after brief stints as a newspaper reporter and schoolteacher. His practice focuses on cases involving children and medical malpractice. He has also been heavily involved in political campaigns for a wide range of candidates, from local to presidential. Much of his writing has related to legal and political issues, including a op-ed pieces for The New York Times, Newsday, Milwaukee Journal Sentinel, and others. 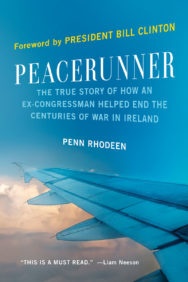