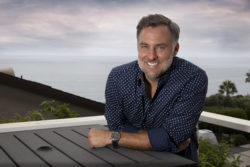 Douglas Raggio is experienced in nearly every aspect of the $150 billion specialty food industry. He is the founder of a thriving food company, Pass the Honey. He also founded the slow-cooked meal company, Stews & Such, cultivating a network of manufacturers, vendors, distributors, co-packers and retailers in/around the packaged food space.

Concurrently, he was the founder and managing director of early-stage venture capital fund Gastronome Ventures, one of the first fully-dedicated VCs in the healthier-for-you-food/beverage industry. He is the founder of the private equity fund Bias & Blinds Spots, also focused on emerging healthy food and beverage branded companies, with transactions currently totaling more than $150M.

He’s been an advisor to more than a hundred startups and is a sought-after speaker at North America’s largest specialty food trade shows. His tenure in the space has given him the opportunity to vet 12,000+ investment opportunities spanning more than a decade, including companies going from zero to multi-millions and those going in reverse to bankruptcy.

Previous to his work in the food and beverage industry, he managed $100M+ marketing campaigns for Fortune 500 companies including Nike, Motorola, DirecTV, and Discovery Channel. Douglas received a BS in Organizational Communication from Cal Poly Pomona. 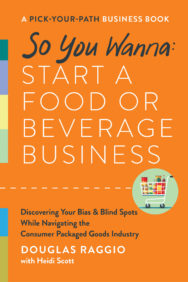 So You Wanna: Start a Food or Beverage Business