Keegan Kuhn is the award-winning co-director of the highly acclaimed documentary film Cowspiracy: The Sustainability Secret, executive produced for Netflix by Leonardo DiCaprio. Kuhn is the owner and operator of First Spark Media, a digital film production company tailored to creating films for social justice. Kuhn’s skills as a director, producer, cinematographer, editor, animator and composer have been utilized in film subjects as diverse as modern Alaskan homesteading, gender inequality, animal rescues, Buddhism, endurance sports and environmental destruction. He is motivated by a deep desire to shed light on untold stories of the most downtrodden in our society, and to raise awareness through greater visibility of social justice issues. Kuhn is the owner of the camera accessory company—First Spark Gear—and creator of the educational music project True Nature. He lives with his partner Shani in the East Bay of San Francisco, California. 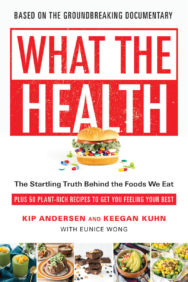