Prince Ghuman started his first company while attending UC San Diego. He went on to be the founding head of marketing at BuyAutoParts, one of the earliest automotive e-commerce platforms, which was awarded the title of one of the fastest growing companies in America for three consecutive years by Inc magazine. Prince moved on to be the founding chief marketing officer of ZipZap, a cryptocurrency tech startup in San Francisco. Most recently, he held dual roles as the US director of consumer marketing and the global director of B2B marketing for OFX, a publicly-traded FinTech company handling over $100B in international payments. A contributor to major news outlets including Forbes, Refinery29, Entrepreneur, and Washington Post, he was named one of the ‘Movers and Shakers’ by the San Francisco Chronicle. He is currently a professor of neuromarketing at Hult International Business School in San Francisco. 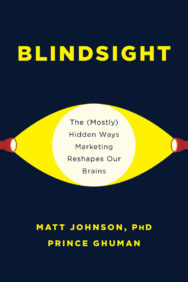