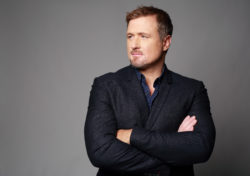 Dave Farrow is listed twice in the Guinness Book of Records for Greatest Memory. He is fun and impactful speaker whose program, The Farrow Method, is an international bestseller, proven effective in a double blind neuroscience study at McGill University. Dave Farrow is the CEO of the successful marketing firm and training business, a digital magazine, and he is the host of the YouTube and podcast series The Brains Behind It. The Farrow Brain Games are an internationally recognized mental sport played worldwide. A man of many interests, Farrow is also an accomplishes designer of a new robotics prototype startup called FarrowBOT and he has a growing real-estate holdings company. 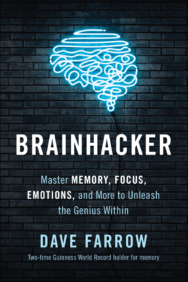